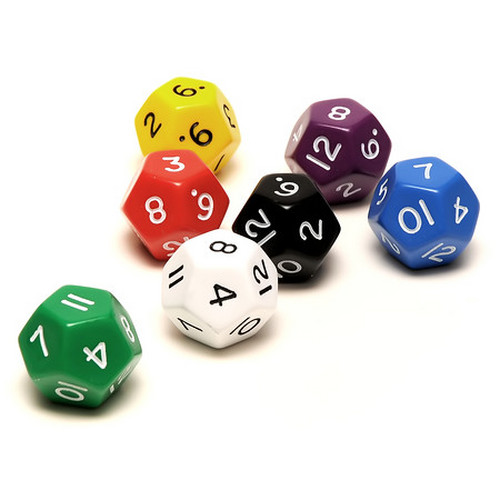 I love d12s. I don't think they get enough love in games. (Except perhaps in Rafael Chandler's Pandemonio, which is a recommendation for horror games.) However, Plato was a bit cagey on the dodecahedron in his scheme of elemental solids. Aristotle basically retconned it into official territory, but only barely.

Since it ostensibly stands for "the universe", I think I'm going to have the d12 be the die you roll to generate random narrative details in the world of the fiction, meaning all the tables of such details will be 12 entries long. That seems doable, right? So if you're stuck on a feature for a tomb, or a personality for a non-player character, or whatever, there will be a 12-slot chart for you to roll on to give you a prompt.

Get The Alchemist of Dunvale

The Alchemist of Dunvale

My entry for the April Alchemy game jam!